ONE OF THOSE DAYS!!

WHEN EVERYTHING GOES WRONG.

"Winter's coming", as they say in Winterfell. And for me, that means my gardener won't be around for a few months, which also means that I can erect temporary antennas on the lawn in the back garden and operate from a spacious conservatory instead of a cramped radio-shack. I've been looking forward to doing this and have been frustrated by the lousy weather these last few weekends. Today has been dry - very windy and very cold - but dry!

So I set out to first of all drill a hole in my conservatory wall to facilitate the antenna's coax. I was going to be drilling from the inside out, so I had to measure carefully to try and hit a mortar-line instead of the brick. I managed to do a pretty good job of it and then I fitted an enclosure. 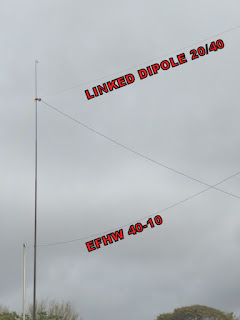 Once that was done, I got my Sotabeams telescopic 6M pole out and erected a "Band Springer" endfed wire which (with a tuner) covers 8 bands. Once everything was sorted, I connected the antenna to my Icom IC-705 indoors and attempted to tune with an Elecraft T1. To my shock and amazement, the little Elecraft couldn't tune it 😲

I went outside and checked everything. It all looked fine, so I took the radio outdoors and connected it directly to the antenna - with the same disappointing result. I decided to dismantle the BandSpringer antenna and replace it with my BandHopper Dipole. Sadly, I got the same miserable results when I plugged it into the 705.I started to think that there was something wrong with the radio and my patience was wearing thin, so I took it indoors and dug out my Icom IC-7100.

A few minutes later I had it connected to the antenna via an LDG IT-100 Tuner.  When I switched the radio on, I noticed that the red LED on the tuner was flickering intermittently. I pressed the TUNE button and the radio switched off 😡

OMG, I could do without this! What the hell is going on?? I checked the inline fuses and they were fine, so I had no choice but to open up the radio and see if there was a fuse inside that had blown. Sure enough, there was a 5A mini-blade fuse which had gone kaput. 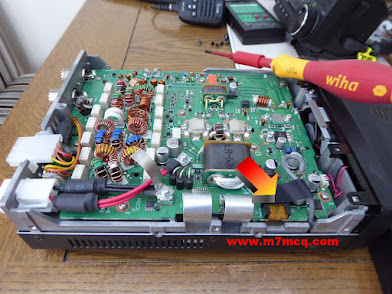 I replaced the fuse and tried to figure out why it had blown in the first place. It was obviously linked to the tuning procedure that I'd initiated, so I looked at the interface lead. Much to my amazement, all four leads going into the Molex connector were hanging out!!

Whoever it was at Icom who decided it was a good idea to use Molex connectors, wants shooting! They are a pathetic design and I'd like to see them banned from radios. Anyway, my very first problem was that all the wires had come out from the connector and I hadn't got a clue which wire went where.

I removed the Molex from the back of my IC-7610 but unfortunately it had different colour coding. In the absence of any other ideas, I got my multi-meter and determined which wires went to which part of the TRS and Power Jack and used my best judgement to decide how to wire it.

Because I didn't have a spare Molex connector, I had to figure out how to remove the pins and and then had to try to 'uncrimp' the bottom of the pins so I could re-use them. Needless to say, one of the pins snapped in half because it didn't want me to have an easy time of it 😭😭😭

After a lot of cussing, I managed to get the four wires reconnected to the pins and then soldered them in place. Before pushing them back into the connector, I test-fitted them into the back of the IC-7100 to see if I'd got the wiring config right. 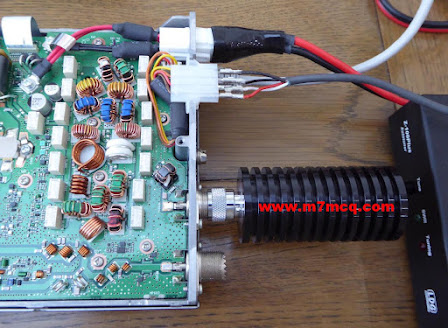 Thankfully, I'd got it right, so I pushed the pins into the Molex and all was well with the world again! Connecting the outdoor antenna resulted in a fully functioning radio and atu. 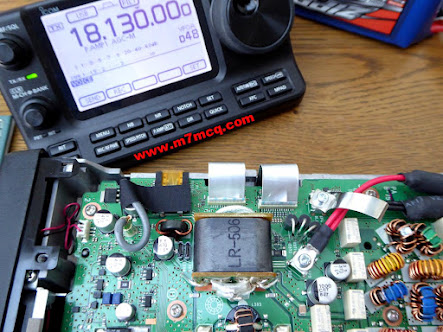 So now I was left with the strange problem of the Elecraft being unable to tune the antenna when connected to the IC-705. I put the 7100 away and connected the 705 again. Pressing the Tune button on the Elecraft produced a few seconds of relay chatter followed by a green LED indicating a perfect match 😲

I have  NO IDEA why it was now suddenly working and I didn't give a damn either - I was just glad that it was! I shook my head and started to make some contacts. 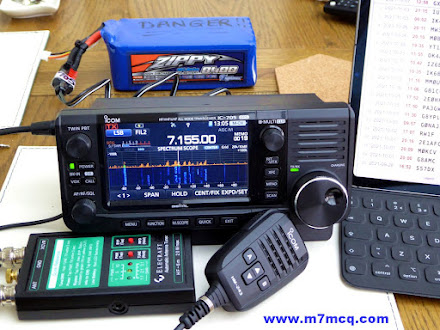 The SotaBeams BandHopper Linked Dipole was working well. It was oriented toward North America and I had closed the links so that it was resonant on 40M. The tuner would take care of 20M. In fact, both the Elecraft and the LDG had no trouble at all tuning from 80 to 10m (including the WARC bands) 💪.

So there we have it. I've got the IC-7610 in the shack connected to a good EFHW and can use the IC-705 or IC-7100 in the conservatory. Happy days. The wife thinks I've got enough antennas up and is wondering what I'm going to be doing with our old parasol. Hmmm 😏 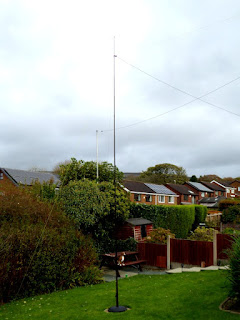 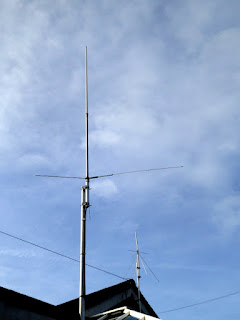 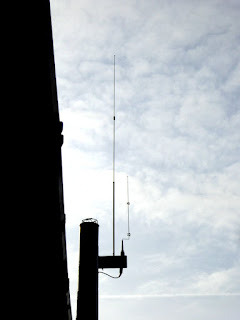 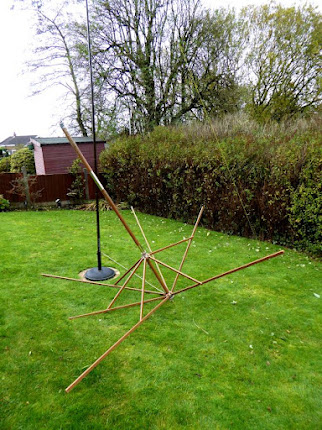 Thanks for visiting. Please feel free to leave a comment below.