In a corner of the lounge sits my KX3, where sometimes I sit comfortably instead of being in the shack, sat on a stool. Needless to say, I can only really do this when my wife has gone out 😂

Well today was one of those times, so I switched the radio on heard a strong station on 17M and decided to try a contact. At 5W he couldn't quite make out what I was saying so I switched on the PSU to use 10W.

Switching on the Nissei PSU 1230D suddenly produced a huge amount of horrible noise! I checked all the connections were in order and tried again with the same result. The noise raised and lowered in a sweeping pattern and nothing I could do (including altering the voltage-adjuster) made any difference. 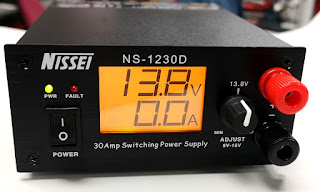 The 1230D was a pretty inexpensive PSU but I liked the way it looked and I also appreciated that it had the traditional banana-plug sockets on the front and the more contemporary PowerPoles at the rear. I was quite disappointed to see that it was failing. After digging out the receipt, I discovered that it's two and a half years old.

So when looking for a replacement, I decided to forego all the fancy displays and adjusters and simply put the money into the PSU itself. So on that note, I looked at the Samlex range and opted for the SEC 1235G model which is a 30A PSU with no bells and whistles to distract from the main job of supplying steady, noise-free power. 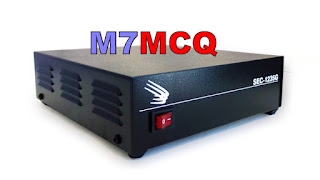 The Samlex SEC 1235G is about as plain as you can get. It has no LCDs, no LEDs, no knobs, dials, Anderson PowerPoles and no Banana-Plug sockets - just their own power-connectors to which I'll add a pigtail terminated in PowerPoles.
Of course after finding this PSU, I read reviews and then sought out the cheapest internet price. On Lamco it was a rather hefty £159 but Moonraker were selling it £30 cheaper, so I went with them.

Much to my surprise, I found that I had built up some credits with Moonraker, so I used the discount and ended up paying just £71 for the Samlex! Happy days 👍

I'll report back on the PSU when I've used it for a while. From what I've heard up to now though, they're meant to be a pretty good supply. I'll also open up the Nissei when I get a minute and see if I can find anything obvious at fault. 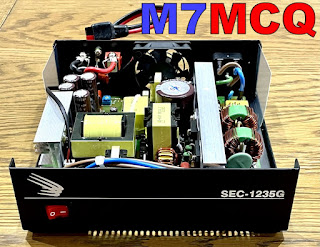 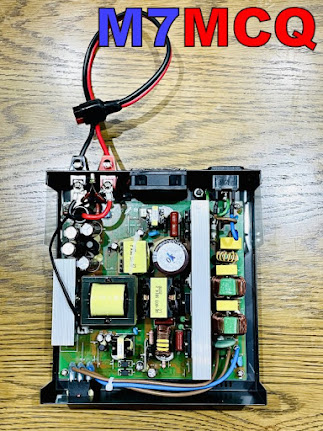 I have upgraded the Samlex SEC-1235G to include an extra outlet on the front panel. Click the image below for more information.... 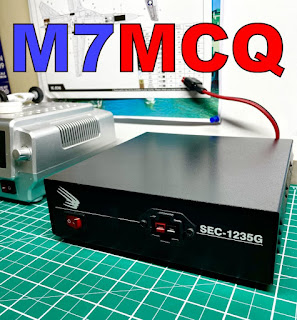