In readiness for a local 6M Net, yesterday I decided to have a go at making a 6M SLIM JIM and the Chairman of Bolton Wireless Club, Glenn Bates (G6HFF) very kindly gave me a length of 450 ohm ladder line to go with his construction diagram (originally designed by G4OAN). 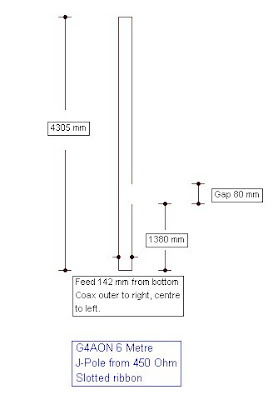 The cable was about 5M long and the construction diagram showed an overall length of 4.3M, so I had a little spare. First job was to do the cutting with a sharp knife and a pair of sidecutters. Once that was done, I soldered a connector close to the recommended FeedPoint. 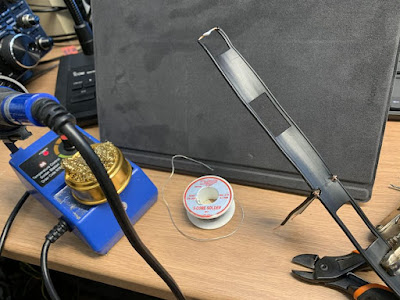 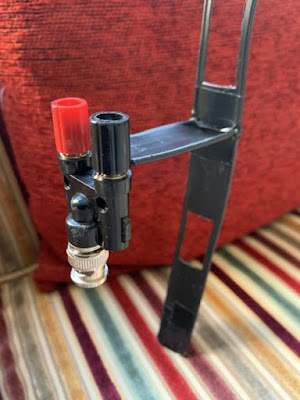 With hindsight, I can now see that I should have hung back on the soldering, but hey-ho, you live and learn. I cut the 80mm gap on the right side of the ladder line and then hoisted the thing up on top of a 7M telescopic mast. 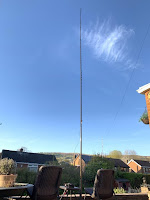 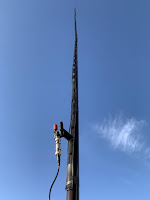 Sadly, the SWR on the radio back in the shack was not very good. Even the MFJ-993B tuner struggled to tune it, so it was a bit of a fail despite following the dimensions to the letter!

I tried it on 20M and immediately got two good contacts - one in Bulgaria and Italy, receiving a 53 and a 56 using 10W.

So today I returned to the project and after borrowing an MFJ Antenna Analyser from my friend Bob (G0FRL), the job was made a hell of a lot easier! Having said that, I still felt like antenna building was similar to black magic!!

YES I KNOW that this is an extremely simple antenna build, but it drove me absolutely nuts trying to find that sweet-spot. Just as I thought I was getting closer, the reading jumped in completely the opposite direction.

In the end, I realised that I needed to stop taking measurements at the feedpoint and take them instead from the end of the coax in the shack.

After much messing around moving the FeedPoint up and down, I eventually found a 1.1:1 match and ran some tests on the radio. It felt more like luck than anything else. All was well. At last! 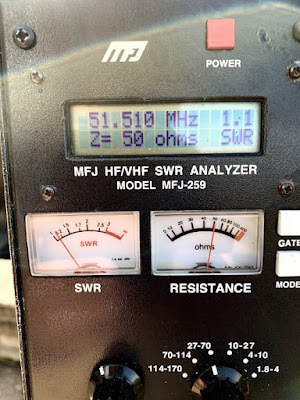 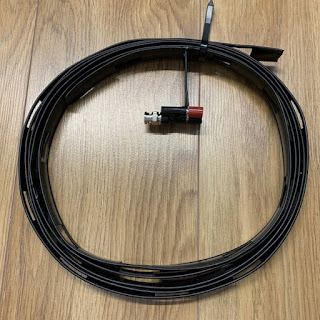 I was very happy with the results at the end of the day and was glad I'd done it - until I passed a mirror and saw how this simple project had aged me. 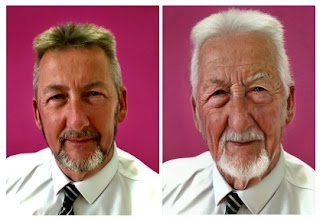 Oh well, being a glutton for punishment, I decided to make a 1/4 Wave vertical with downward sweeping radials. It worked fine but offered no advantage over the SlimJim, so I packed it up and threw it in my rucksack. 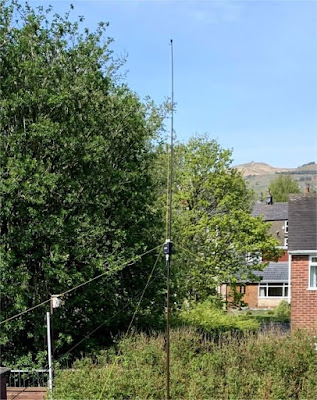 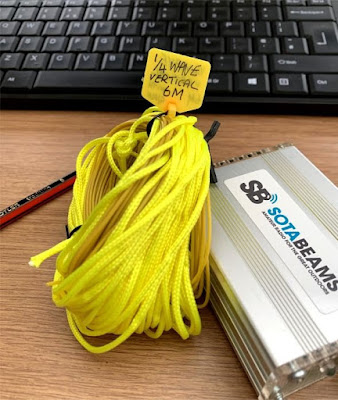