Thought some visitors might like to see my olde-worlde radio from the 1970's. It's the beautiful (in my eyes) Grundig Yacht Boy 210. This was Grundig's flagship model and has been one of my favourite general-listening radios of all time. When I was a young lad, we had very basic listening options so when I went babysitting for my 'posh' auntie and uncle, I was bowled over by their amazing "Yacht Boy". It was a dream machine to me.

It 's a ten transistor radio covering the Medium and Long wavebands plus shortwave from 5.85 to 7.4 MHz and the full VHF/FM band from 87.5 to 108 MHz. Switchable AFC is incorporated and there is a rotary tone control for excellent sound from the large loudspeaker.

A switchable battery test meter is provided on the front panel. Sockets are provided for the connection of a VHF Dipole, AM Aerial & Earth, Earphone, Tape Recorder 5 pin DIN and external power supplies. Normal reception for Short Wave and VHV is from the built-in telescopic antenna (which is still in superb condition), while MW and LW reception is from the built in ferrite rod. The radio will work from 6 'D' size cells, a 9 Volt external power supply, or 240v mains.

Being almost half a century old, the audio is understandably 'wooly' compared to the sharpest radios of today, but it has a deep, relaxing tone which no modern radio can simulate and this makes it incredibly easy to listen to.

What a lovely thing to have around :-) 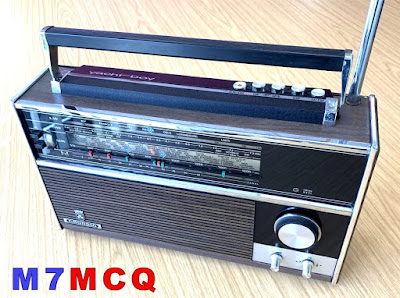 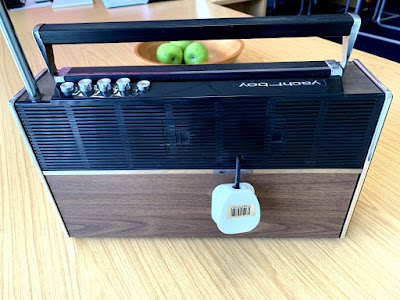 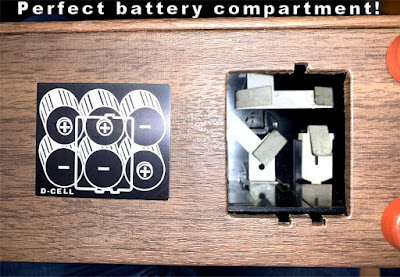 So why even bother with this analogue antique? It probably seems ridiculous to some people when they have smart-speakers, iPhones, Spotify and such like.

Well yes, I understand that reaction to some degree - in fact, sat behind this 1971 relic is an Amazon Echo!! I have two Alexa's in the house, two smartphones, a music server with thousands of MP3's, a collection of laptops, tablets and desktops with music stored on them and still I turn to this old girl for relaxed listening.

The thing is with streaming on Spotify or Amazon Music, etc, you get exactly what you ask for. Just by speaking a few command words, you can stream the best of Gregory Porter or shuffle through Pink Floyd's discography, but YOU have to decide. And with so many songs and artists available to you, it's hard to choose - a bit like when you find yourself flicking through all those TV channels that you have on Freeview, Netflix, Prime, Now, etc.

CAN YOU USE A RADIO?
CLICK TO WATCH VIDEO

Analogue radio isn't going to be around forever and I just want to make the most of it. I want to revel in the soft tones of a vintage radio that's in great shape after 50 years of service, from a time when people made good stuff and other people valued it and looked after it.

An amazing radio. I came across this page as I am playing with my faithful 210. I am forever in awe of this great radio that has a presence that no other has. I have all sorts of vintage radios, from Philips to Roberts, Hacker or Sonys, but this one has a special place, and I miss its sound and a build quality that is felt when you use it.

Hi there and thanks for the visit and nice comments. Yes, it's a lovely old radio and I enjoy it most every day.

The 210 is awesome, isn't it? I've restored a couple and have one in our kitchen. It's used everyday and sounds just great! Like you, I remember relatives having one when I was a kid. Fond memories.

Looks nice that Tony! Thanks for the visit.

Hi, Nelson here from Portugal.
Really nice to find your blog, i have one of those beauties myself, and i love it, not only for the sound, the looks, but also for the nostalgia, it have been in my family since forever, and i have pictures listening to it as a baby :-)
I proudly display ti in my living room.
I was wondering about your echo connected to it, can you use this radio to play music from Alexa/Spotify?
I would love to to so, to listen to my collection/playlists trough this little baby :-)
Thanks a lot in advance and keep your good work

Nice this to read have the 210 today like new price 20Euro great sound have also all the Grundig Satellit s one by one Art thx anyway gl 73, de ON3MK Mor