For the last couple of years I've been quite happy to use my SotaBeams 20/40 Linked Dipole with my LowePro Tahoe BP-150 backpack and 7M telescopic mast, but more recently I've grown increasingly interested in using a Magnetic Loop because of their compact dimensions and ease of erection.

Please just remember that I'm an M7 Foundation License holder and have no real technical knowledge or training. The following is just my interpretation of things.

The Sotabeams Dipole needs to be used (for maximum efficiency) in an inverted-vee format using a 7M extending pole. The pole takes a little time to erect and guy off and the whole thing is very obtrusive. This setup also has quite a large footprint, so if you erect it in a public place like a park, you're gonna stand out like a sore thumb. And let's not even talk about the trip-hazards.

With a small magnetic loop, your footprint is massively reduced - down to the size of your tripod base. Trip-hazards are equally reduced. It doesn't even use any counterpoise wires! It's an altogether more compact arrangement. But will it perform as well??

The AlexLoop is very well known and highly regarded by amateur and professional reviewers. The quality of materials and construction is second to none and according to everything I've read, so too is the performance of this "magic" antenna.

The standard AlexLoop (aka WalkHam) has a small plastic tuning box with a tuning dial at the bottom at the case. The newer and updated version has a much better tuning arrangement with a very clearly marked dial located on the front face of the tuning box and a helpful tuning LED.

The only trouble is, you have to buy the "AlexLoop HamPack" to get the new tuning box which means you might be buying a backpack when you don't really want or need to. My trusty LowePro BP-150 has been great for me, but I've no choice but to accept the backpack which comes with the updated loop. 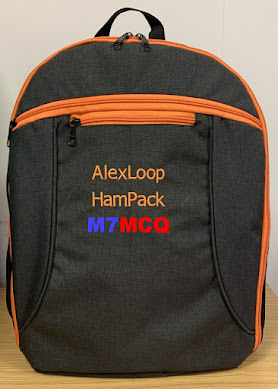 Not only is the new dial aesthetically better than the old one, but there is also much better control over the rotation of the dial which is incredibly important when it comes to that final fine-tuning, where even the slightest movement can make a big difference to your SWR. 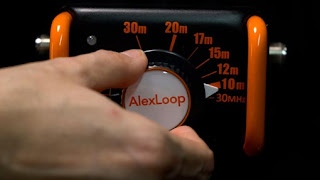 With the latest dial, there's a kind of "slow motion" which makes it super easy to use. To tune the loop, you initially rotate the dial to the desired band marking and fine-tune by listening out for the loudest reception on your radio and the brightest illumination of the LED. With the best audible signal received, you can then complete the fine-tuning by transmitting a carrier and making adjustments for the very best SWR. It's very simple!

If you are tuning a loop without the benefit of an SWR meter, you might want to watch the above video which clearly demonstrates how difficult it is to achieve a low SWR figure by ear alone!
The AlexLoop tuning-margin is very sharp indeed, so the slightest movement either side of the signal will result in a dramatic drop in the signal strength. Some might consider this to be an annoying part of magloops, but the fact is, it is a major advantage in cutting out noise from adjacent frequencies.
The mid-grey backpack is fairly good quality and is roomy enough for most QRP rigs such as the IC-705, FT-818, KX3, etc, plus accessories. You are treated to two internal bags to carry those items and still have a little bit of room left to squeeze in a sandwich. The two internal cases should have swapped names though, because there's every chance that most owners will put their transceiver inside the Accessories bag - especially if you've got something like an IC-705 which is bit on the bulky size.
I would also add that there's very little padding in the rucksack and I intend to insert a piece of flat foam inside the front pouch - maybe even one of those sit-pads would be a good idea. Note - there is no waterproofing to this rucksack, not even a slip-on waterproof cover 😕 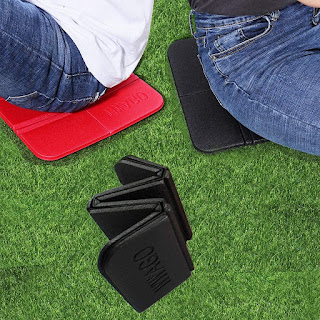 The only thing that will not fit inside is a regular sized tripod! Having said that, many people use one of those very compact tripods that are available these days and such a device could easily be stored in the elasticated pouch on the side of the rucksack. I'm in the process of modifying a small camera tripod that will work with this rucksack. Thankfully, loops operate perfectly well at just a metre from the ground!
The tripod I use is the ultra cheapo JESSOPS TP-318 with the camera-mount removed. Sliding the AlexLoop tube over the tripod's center-shaft results in a wobbly loop, so I added a 19mm section of tube to take up the slack. It works well but I just might add some guy-cords to the outfit to prevent the tripod tipping over in high winds. 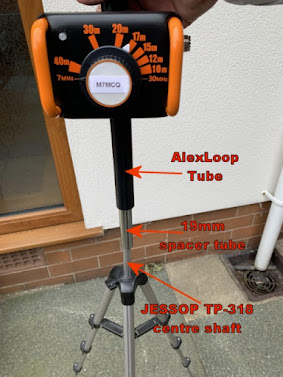 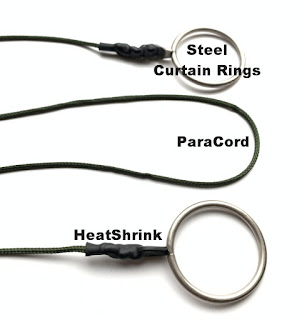 Normally, you wouldn't want to be too close to a Magnetic Loop during transmissions, but the AlexLoop is only rated for 25W so no harm should befall you, which is a good job, because you always have to be physically close enough to reach that tuning dial! I use my ICOM IC-705 for my QRP work so the loop will only ever see low power. Constant-carrier modes should always be restricted to 10W.
The AlexLoop HamPack has a frequency range of 7MHz to 30MHz so it's a very handy antenna to take with you on your outings. It basically covers 7 bands and you should be able to achieve a good SWR on all of them. As far as I'm aware, you can't use a separate Tuner on these loops - but then again you shouldn't need to.
So what are the drawbacks of magnetic loops? Well for me, the only real negative is that you cannot switch to a band and see a nice bandscope full of signals because the magnetic loop has an extremely narrow bandwidth, so you have to constantly re-tune as you move across the band. It's actually not too bad on 20M but on 40 you have to re-tune every time you move more than around 20kHz.
The thing with loops is that you can have all the benefits of a small antenna and you can even have amazing efficiency (with good quality, well designed loops), but you cannot have wide bandwidth. With dipoles like the one from SotaBeams you can have wide bandwidth and good efficiency but you can't have size benefits. You have to choose just two of the things that are most important to you.
My understanding is that under certain circumstances a magnetic loop may outperform a dipole or yagi IF that dipole/yagi are not mounted at least one wavelength above ground. If they are mounted below that 'ideal' then the loop may well perform better. The loop will not benefit from being raised to a great height above ground - it just needs to be clear of objects in its immediate vicinity and desired direction of radiation.
In noisy urban environments (that's most places these days 😂), magnetic loops tend to have far superior receive capabilities than even large HF beams! That's because they respond more to the magnetic components of surrounding signals while being almost deaf to the electrical  components. Yeah!!
This antenna makes life so easy for those who spend most of their radio hours playing Portable QRP. One rucksack containing everything you need. I'll post more when I spend a full weekend outdoors with the AL & 705. If I get the time, I will erect both the loop and the dipole and put a switch between them for comparison.
You’ve got to bear in mind that this small loop IS a compromise antenna! It’s fabulous for its tight-focus and rejection of adjacent signals and it’s fantastic in a noisy environment, but it does have its limitations.
Some people express concerns about being too close to a Loop during transmissions but that’s only relevant (I believe) if you are transmitting a constant carrier such as FT8. But in that case, you would tune the antenna and then move a couple of metres away from it.
If you are on SSB, moving around the bands searching for a contact then you’ll want to stay within reach of the tuning dial and at 10W with the intermittent SSB carrier, that’s okay! 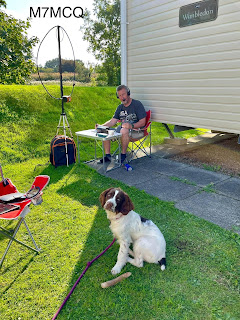 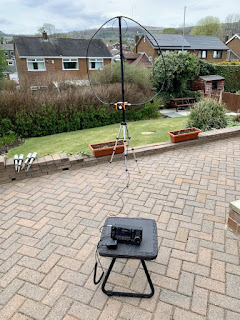 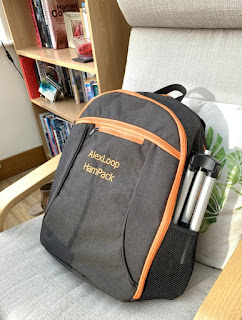 Update due soon <<<
Thanks for visiting - please take a minute to leave a comment below
73, Tom, M7MCQ.