A MARRIAGE MADE IN HEAVEN

Glynn Wolfe was an American Baptist minister who was famous for holding the record for the largest number of marriages (29). His shortest marriage lasted 19 days, and his longest lasted eleven years. You gotta kiss a lot of frogs before you find your princess.

What I'm really trying to say is that I've had a lot of radios in the shack and I'm not afraid of changing them in order to find the perfect match for my requirements. And I'm talking about my current requirements and those of the future (what future I have left at 60yrs old, lol). 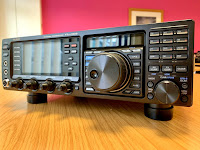 I've just sold my recently acquired FT-DX3000! She was beautiful and she was good in the shack but sadly, didn't satisfy my every requirement. That wasn't her fault - it's mine. I keep lusting after pretty young things which I know aren't right for me, but nonetheless, I get caught up in the moment and before I know it, I'm walking down the sales aisle. People are always saying that I need to keep my wallet in my pants!

Additionally, I'm looking to find a linear amplifier which will not only work with my SDR radio, but also with any other radio (and in particular, my Yaesu FT818ND). I nearly got it right with the Elecraft KX3 and KXPA, but of course Elecraft had no PC software and when using standalone, you have no panadapter or waterfall.

So which combo would give me everything I want? Well, I think I've found the love of my life at last - the ELAD FDM DUO and the ELAD DUO ART 120A. A match made in heaven? We'll see.

For a start, the FDM DUO is a high-spec, fully standalone, compact QRP transceiver with 5W output. It is big enough to be used as a base rig in the shack and small enough to be used outdoors. When connected to a PC/Tablet and running the amazingly good software which ELAD has provided with the radio, you really start to benefit from the power of SDR.

The DUO ART 120A amplifier seamlessly connects to the FDM DUO, taking care of band-changes, etc, and providing up to 120W of power in a beautiful package which includes a colour screen to display a multitude of information. It also has a built-in ATU which makes for a very compact and convenient shack. That's further enhanced by the fact that the DUO ART can power the FDM. In fact, it can power the optional speaker too!

So just think about that - instead of a PSU, RADIO, AMP and ATU, you have all four in a compact, two-piece package! And it doesn't end there!!  The screen on the amp can be changed from a PSU-Info page to  a scope and waterfall!! How cool is that? 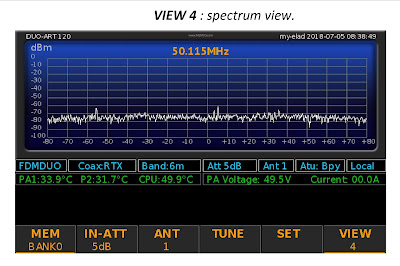 But really, the biggest attraction for me is the FDM-SW2 software. It's amazingly good and like I pointed out in a previous post, the software gives you a staggering amount of control over the radio - much more than any other SDR software out there! And another plus point about the Elad combo is that unlike many SDR's, the dependence on the PC to do all the processing is not there, because most of that is done in the radio itself, which means that the PC is under a relatively light load and occupies very little of the CPU's time.

The DUO ART amplifier will also work well with my FT818 radio and that's a real bonus because I've been looking around at amps for the 818 for ages, but they all seem to be risky purchases in that they are often unbranded or little known bits of kit from China.

Like I said, I'm BIG into low-power operating, but in order to future-proof my purchase, it makes sense to have the provision to operate QRO if/when I decide to upgrade my licence.

So there you have it - I think I might (at last) have found my perfect partner. Let's hope we don't end up in the divorce courts again! 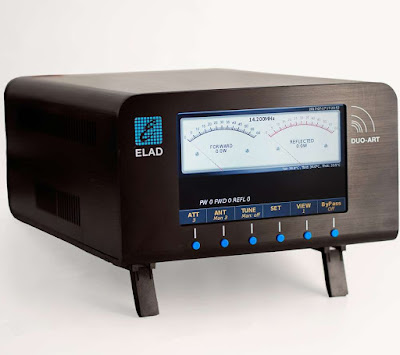 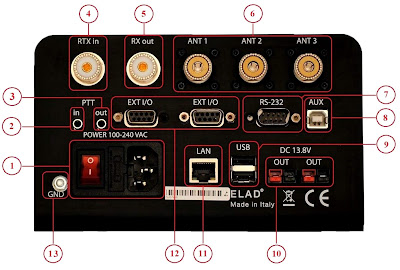 2/3 - PTT in/out - 3.5mm jack connectors. PTT in Input for transmit control, connect TIP to ground to put the amplifier in transmit state.  PTT out The TIP goes to ground while transmitting. RING connection is not used.

4 - RTX connection SO-239 connector. Transmit path with the FDMDUO interface. Reception and transmit paths with the other interfaces (Generic and FT-817).

5 - RX connection SO-239 connector. Reception path with the FDMDUO interface.

6 - Antennas SO-239 connectors to connect up to three antennas.

10 - Output power supply - Allows to power other devices without the need of other power units. Max 2A. Powerpole connector type. 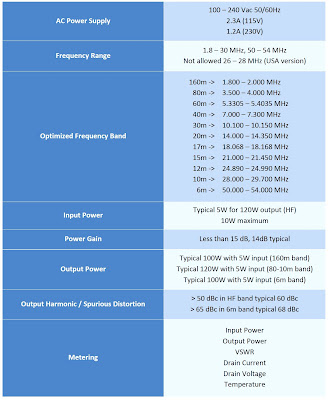 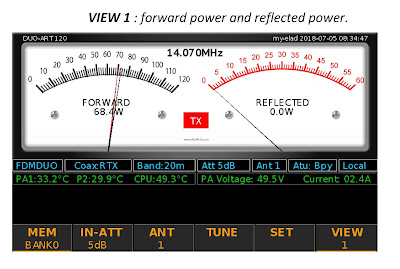 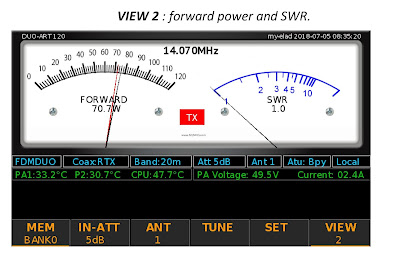 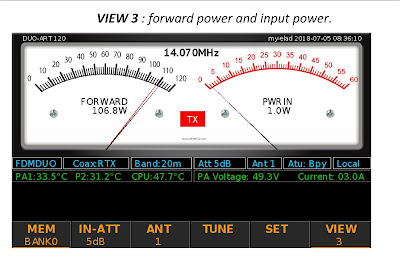 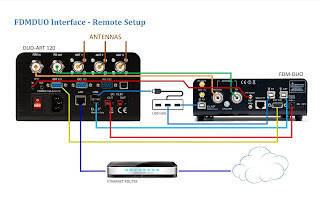 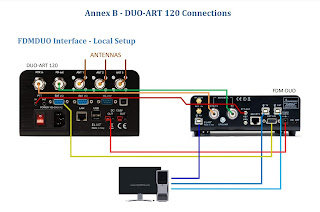