A Match Made In Heaven?

I was playing around with my Yaesu FT-818ND when it struck me that I should be able to use the ELECRAFT AX1 Telescopic Antenna on the 818. So I went and got it out from the homemade storage tube and attached it directly to the 818. 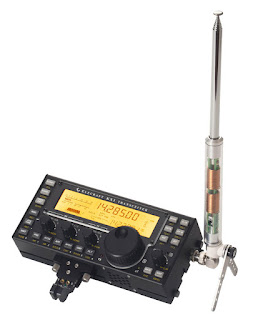 Now bear in mind that I was running the FT-818ND from the internal batteries which was outputting 2.5 Watts! That equates to approximately 400km per Watt which in itself isn't that special, but doing it from a very poor location and using a small telescopic antenna attached directly to the radio, is pretty impressive as far as I'm concerned.
I've also got the new 40M coil which extends the AX1's capabilities further, introducing 40 and 15M to the existing 20/17M, making this a very versatile vertical.
This is for sure one of the most compact HF verticals around and although that AX1 is a compromise antenna, it has proved itself to be a very capable performer if the conditions are right.
I think perhaps too many people expect too much from this antenna and don't put enough effort into helping it work well. I've even seen people try to use it without the supplied counterpoise wires (there's one for 20M and another for 40M). It can be negatively affected by body capacitance and height, so wherever possible, I use it away from my operating position and often on a raised tripod. That's not always convenient though and sometimes I have to have it connected directly to my radio using Elecraft's little support legs, which add a surprising amount of stability.
So I say (again) well done Elecraft! 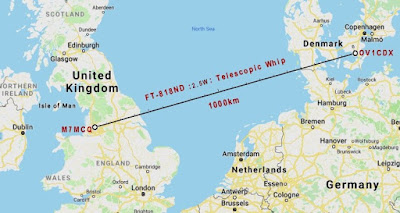 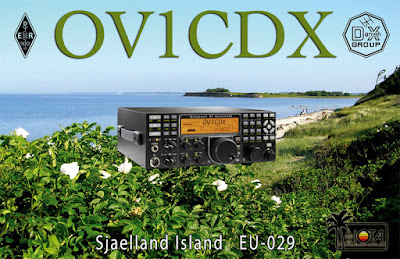 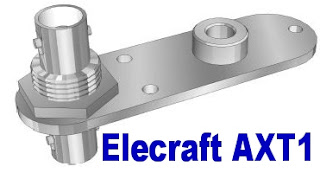 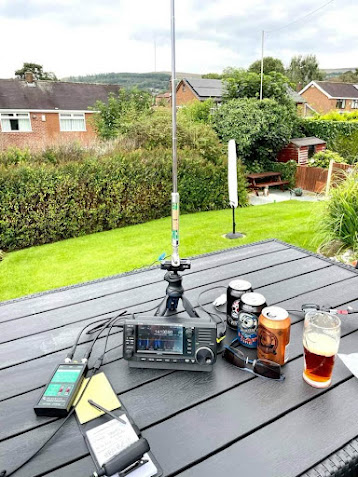 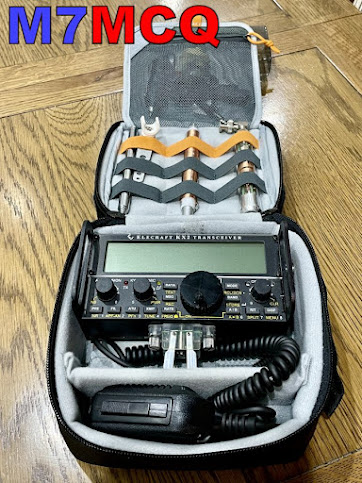 Elecraft AX1 20/40 stripped
down and packed in tiny case

HOMEPAGE
Posted by MadDogMcQ at 16:47

Elecraft makes excellent products and the support is outstanding. I have toyed with ordering this antenna to pair it with my KX3. I have held off until I have heard some reports, I have and they are very impressive. I now have heard rumours that they may be coming out with a unit that also does 40m.
73,
Mike
VE3WDM

Hi Mike, thanks for visiting my blog and posting a comment - I thought I was writing all this for nothing, LOL. I am VERY pleased to hear that news about a 20/40M version of the AX1. It would be perfect for me since those two bands are pretty much all I work up to now.