OOPS! I DID IT AGAIN! 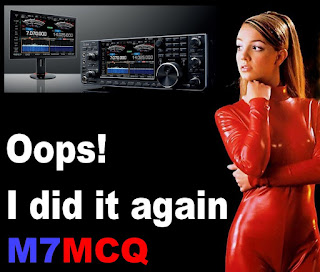 Without any doubt at all, the best radio I have owned is the ICOM IC-7610. But the grass is always greener and so even though I loved my IC-7610, I thought there might be something better out there. I purchased a YAESU FT-DX101D and really disliked it.

Obviously, it was a magnificent transceiver (as they all are at this price level), but I just couldn't believe how annoying it was to work with. No point going on about it - just read the review and see for yourself. It obviously suits a lot of people - but it didn't suit me. After that I invested in a bit of Russian technology in the form of an Expert Electronics MB1 Prime. Again, a fabulous radio, but I hit a problem which led to me returning it and getting my money back.

For a very short time, I convinced myself that I didn't need a BIG radio in the shack because most of my radio-time was actually spent outdoors with my IC-705, so I ended up "making do" with a Yaesu FT-891 and my Icom IC-7100 for indoor play. To be fair, they’re both fabulous!!

But I kept pining for my 7610. It had just done everything so well. Nothing at all annoyed me about it. I never felt that it was lacking in any way. And as is often the case, I kept seeing IC-7610's on the internet in Groups, Forums and Blogs, making me wish I had that happy feeling back. 😂

Well now I do! Because I've bought another one and (I know I've said this before) it's a keeper! Having first-hand knowledge of what's out there, I no longer need to look for the best - it's right here in my shack…

When I originally considered buying an IC-7610, I had looked at the FT-DX101D and came to these initial conclusions…

I should have trusted my gut feeling about the 101, because having owned both radios I now know that the 7610 is the better radio for me. In fact, it’s becoming increasingly clearer that I have a strong preference for Icom’s way of doing things and find myself more and more at odds with Yaesu - especially with their newer products. 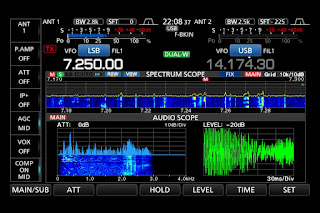 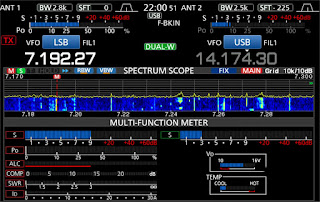 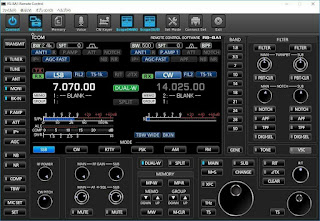 No one can accuse me of bleating on about a product that I haven’t paid hard-earned cash for. I’ve forked out good money for them all and I look at them without any bias and without any favour. And I’d like to say that I’m not a blind ICOM ‘fan boy’.  I’m not a Yaesu hater too - I have had more Yaesu radios than any other make and I currently own four Yaesu!! 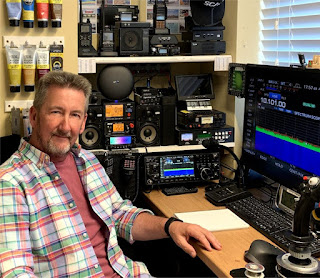