I was trying to find a particular connector for my (tr)uSDX and soon realised that it was not a standard or common item - it basically had to be 3D Printed. I then had to source the right style of TRS jacks to fit properly in the connector (another PITA). After a lot of messing around, I found someone who agreed to print a connector for me and when I opened the package, he'd actually done 3 for me and even included nuts and bolts to clamp the two halves together. Excellent!

So in the spirit of Ham Radio, I decided to post a message on the (tr)uSDX Group Page to say that the spare connectors were available free of charge to anyone who sent a SAE. Both items were quickly snapped up.

A few days later, the envelopes arrived and inside one of them, I found a couple of gifts - a UniBalun 2022 V1.1 PCB and K6ARK Audio Adapter PCB! 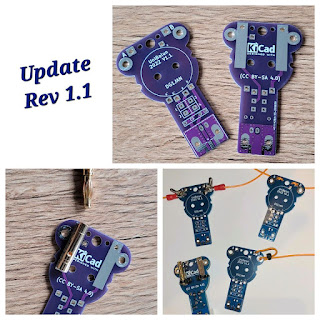 These were sent to me as a thank you from Dave G8SNR in the UK - thank you! Now, none of these items (including the stuff I sent out) is high value, but they are difficult to get hold of, so it's very rewarding to be able to help out one another.

As they say, what goes around, comes around :-)

It’s what hams do do.