I was thinking of buying a new 101, but decided to pull back on the reigns and invest a bit of time in making a proper evaluation of the radio, comparing it as objectively as possible with the competition. I don't mean comparing all the "tech" stuff and the "laboratory" results - all radios at this level are pretty astonishing anyway - I'm talking about the everyday "living with a radio" stuff! I wanted to look at the features and the ergonomics as much as anything else.

So I spent a good few days looking at videos and written reviews of both machines and even some head-to-heads. I was pulled left and right, swinging from one radio to another - and then back again!

I KNOW, I KNOW I'd be better off spending the money on a super antenna system and keep the radio I have, but I have no chance of doing that where I live, so I'm gonna go for the best (and most fun) receiver that I can afford and carry on experimenting with wire antennas. A local G4 (who's in a worse situation than me) is going to come over and help me make the most of my QTH.

Anyway, it soon became apparent that the 101's main competitor was the Icom IC-7610. I had also been looking at the Kenwood TS-890S, which is a superb bit of kit, but it only has one receiver and I really liked the idea of having two, so that pretty much ruled it out.

So it was 101 vs 7610.The Yaesu was the definite winner in the looks department, with its Superman bulk and bold styling. The VFO dial looks like it belongs on the front of a bank safe! There's also an attraction to the association with the classic old FT-101 boat anchor. But as much as I love the looks of the Yaesu, I had to put that to one side and focus on other things. 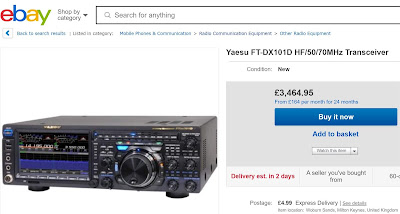 At this price level, I had to be sure that I was buying what I wanted and not what others thought was the best radio. Sure, I was eager to listen to people's opinions, but the final decision had to be mine.

The radios are virtually the same price, so that issue can be put to one side. The RX and TX qualities are virtually identical even though one is a full-blown SDR while the other (the 101) is a hybrid - a mix of superhet and SDR. Both have different approaches to noise reduction but both are equally wonderful at getting the job done.

I have an MFJ-993B ATU with interfaces which will work perfectly with either radio, so even that won't have any effect on my decision.

The way I finally decided on a radio was to focus on the things which stood out as Likes and Dislikes...

After evaluating it all, I knew I'd find it much easier to live with the Icom. When it came to buying, I chose ML&S where they were selling the radio for £3,000. I also wanted the £200 SM-50 base mic - apparently it gets fantastic audio reports with this radio. 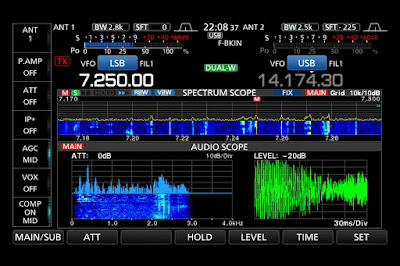 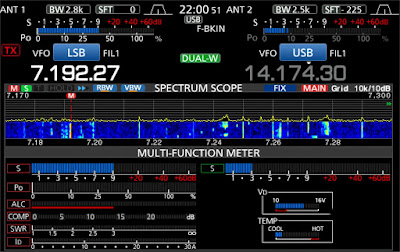 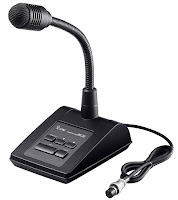 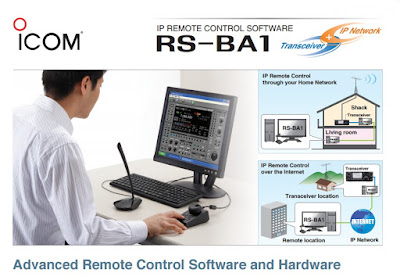 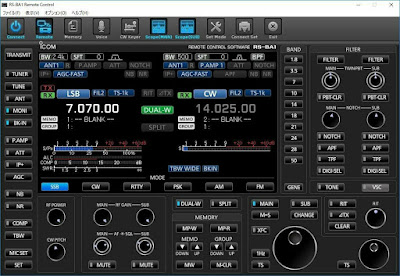 Look how the 7610 deals with adjacent signals. This video shows a CW signal, which is then overlaid with a stronger signal which is then moved to the side to see how far away it has to be from the original signal in order for the CW to be heard again. The comparison is between the 7600 and the 7610...


This radio is a stunning piece of technology which is incredibly intuitive and easy to get great results. The CW operator will adore the 7610 and so too will competition operators. Unless you want to fork out £5k or more, this is quite simply one of the best out there!
UPDATE : I did end up buying a Yaesu FT-DX101D but quickly sold it. I remain in love with the 7610 :-)
--- * ---
Thanks for visiting - please take a minute to leave a comment below
73, Tom, M7MCQ.

So, what did you replace it with?

ICOM 7610 have real two receivers and more advantage. YAESU 101D have two receivers but only one VCT 101 at the first receiver, CW filter is optional and have many bugs in firmware. For me ICOM 7610 is the best transceiver to operate at DX and contest. 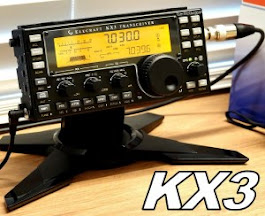