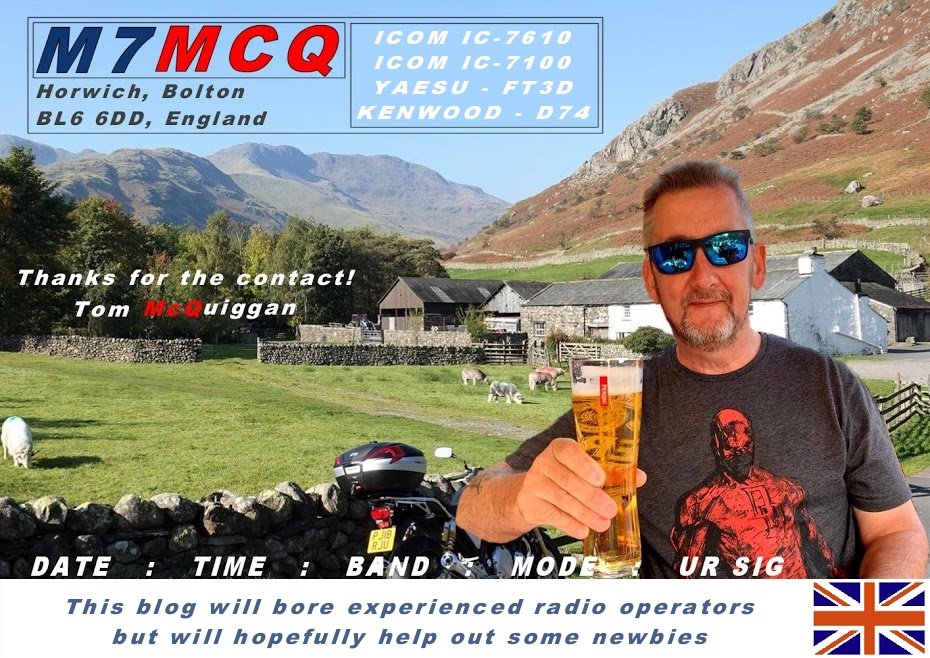 It's never good when your PC starts to play up, but at least it motivates you to upgrade aging equipment! This weekend, the hard-drive in my PC started playing silly-buggers and so I started to look at updating the whole system. I built the PC way back in 2009 so it's getting a bit long in the tooth. Of course I've modified it along the way and even spent a few bob on it in March this year, but now it's time for a radical overhaul.

When choosing new system components, I was focused solely on making a CombatSim PC. I wanted something that would run DCS World 2.5 at ULTRA HIGH settings, with absolutely everything maxed out. Now that's a BIG ASK for any PC but if that's my goal, then whatever I can manage to build, it'll be the very best that I can currently afford. 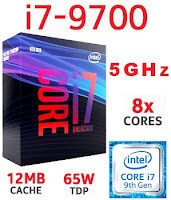 The tower case (with fans) can stay and so too can the 850W PSU, but the rest has to go. I decided straight away to go for a Gaming motherboard because that's where all the bottlenecks tend to be. The mobo of choice is the ASUS ROG STRIX Z390-F GAMING and in the socket is a lovely INTEL i7 9700 CoffeeLake running at 5,000MHz.

The RAM is Corsair Vengeance LPX DDR4 3000MHz in four 8Gb modules, giving me 32Gb to play with. That should certainly help with the sims! The motherboard will take 64Mb and there's rumours that a future BIOS update may increase that to 128Mb!

The video card from the outgoing PC has been upgraded along with a 2560x1440 monitor. The GPU is an MSI GAMING-X GEFORCE GTX 1080 TI with 11Gb of DDR5X and in these new surroundings, it should make DCS World run like the wind with (hopefully) no stuttering even at the highest realism settings. 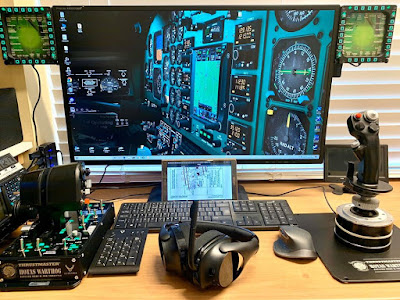 One of the biggest changes will be the Storage System. Although my old PC had an SSD drive, it also had a disc-spinner as the main drive. Well this time I'm forgoing that option and I'm going for two marvellous NVMe drives which are mounted directly to the motherboard! One is a Corsair 960Gb for the main OS and general software, and the other is a Corsair 480Gb dedicated purely to FlightSims and CombatSims. The Samsung 860 EVO 500Gb SATA SSD from the old PC will be used as a backup drive.

This machine should be LIGHTENING FAST!!!! 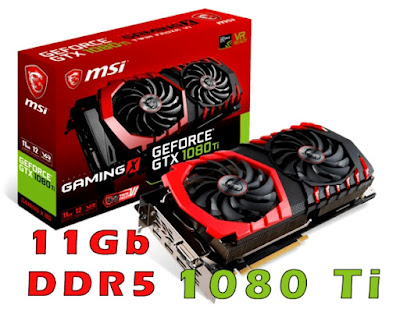 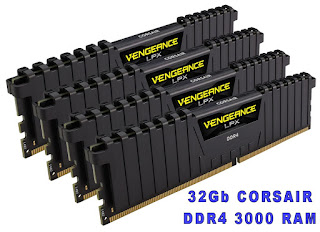 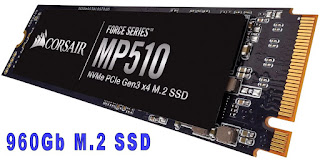 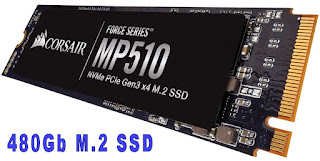 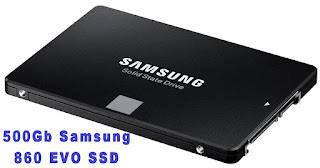 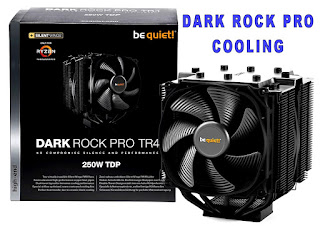 The only downside to all this is that I have to build it which is bound to be a pain in the ass, lol. The bit which gripes me the most is all the Windows updating that goes on during a new installation, then re-installing all the other software and then downloading digital copies of your licenced sims from one torrent or another. Thankfully, I've got Thursday and Friday off work, so it should all be done by the end of the weekend. Oh yeh, and then there's that software you bought, but cannot find the serial-keys GRRR!

UPDATE :
I stripped the old components out from the tower case last night and cleaned up the interior. I then installed the ram, the CPU cooler and the two M.2 drives, before putting the whole thing inside the tower case. I'd forgotten just how fiddly it was to connect all the cables to the motherboard - that power supply is like an angry octopus with all its legs fighting one another, lol.

Next up was the graphics card and reconnecting the 5 case-fans. Finally, I had to attach the 5 heat-sensors to the CPU, the M.2 cards, the Graphics card, the memory and one for the ambient case temperature. 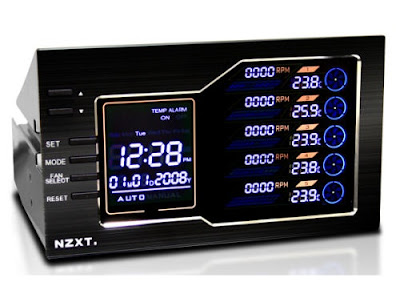 Once everything was finished, I connected a monitor, mouse and keyboard and booted up from Windows DVD. The installation was surprisingly swift and the only unusual thing I had to do was attached a network cable to the broadband router in the lounge in order to provide an internet signal (my wireless wi-fi wouldn't operate at this point). Luckily, I have a very long CAT-6 cable.

So the first part went well and all that remains now is the installation of all my programs and sims. But first of all I'll carry out some driver updates and run some benchmarks to get a measure of the performance of the new beast.

UPDATE 2 :
Last night I started the downloading of the DCS WORLD files which took forever via a torrent and so it was extremely late in the night by the time it was finished. As I waited, I got around to installing a few other things including some benchmarking software. The results looked very impressive. 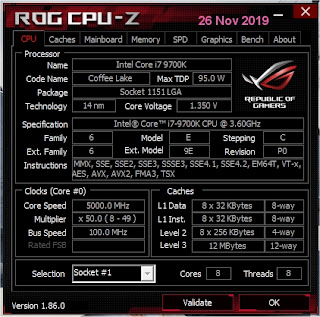 When DCS had finished downloading and unpacking, I ran the sim and set everything to MAX settings and went for a spin in an P-51 Mustang. It was amazing!!!  There was no lag or stuttering or tearing no matter what I did. Awesome!

Knowing that the sim was functioning superbly, I started the next laborious task of installing the aircraft and terrains that I have licences for. Again, it's a loooooong download, so I set it going and went to bed, but by now I was over-tired, lol, so I got back up and started reading through the Early-Release F-16C Manual. I don't find modern manuals very easy to read - they're just not entertaining enough, so I picked up the F-16 manual from Microprose's FALCON 4 sim which is a beautiful and thoroughly enjoyable printed book. It's obviously no good for the key-commands in DCS, but it's a fantastic resource for the F-16 generally.

This morning I got up and checked that the download had gone well - it had. The only one which wasn't running correctly was the A-10C Warthog but all I had to do was find the Serial Number and hey-presto, it was fine.

So I'm off to work now and can't wait to get back home to have a play. There's still all the setup of the Thrustmaster Warthog HOTAS and the CH Products MDF's, but at least I know it's all worthwhile when I jump into that cockpit!

M7MCQ - LOC=IO83RO - WAB SQ=SD61
CQ ZONE=14 ITU ZONE=27
POSTCODE=BL6
Thanks for visiting! This blog started out as a "Radio Blog" but I now post virtually anything on here relating to my (many) hobbies. I guess it's a bit of a diary which no one reads but myself. So why post it? I don't really know LOL.
I've been a Shortwave Listener of sorts for many years and I've been interested in radio since being a child growing up in the 60's. Although not blessed with great intelligence(lol), I've always been interested in the technical workings of the things around me.
In the 90's I considered taking the Amateur course at the local college but it was a very long-winded affair and I just couldn't afford the time. But now I've got more leisure time, I took the Foundation Course at West Manchester Radio Club and passed the exam on the 21st Feb 2019. I may now move on to studying for the more advanced "intermediate" stage.
My main area of interest will be Low Power and I can merge my interest in radio with my interest in hill walking. My QTH close to the West Pennine Moors means that I'm conveniently placed for many great walks and lofty take-offs. I'm also a short drive away from the Lake District and the Yorkshire Dales.
Being a biker, it's easy to throw on a small rucksack loaded with my tiny HF/2M KX3 and a 20/40M BandHopper2 and quickly get to some interesting places for a bit of QRP DXing or SOTA work. I'm also interested in DSTAR and other digital modes. DIY Antennas is something that tickles my fancy too!
Thanks for checking out my blog - I will hopefully chat on the air with you sometime.
73's